Last weekend, the storm Filomena, that passed through the whole country, left this beautiful landscape in our farms and winery. Between Friday and Saturday, almost 70 centimeters of snow fell, leaving the fields of olive trees and vineyards completely covered, as well as the path that leads to our winery was impassable.

These days we have been working to restore normality in the access to the winery as well as evaluating the damage that the snow has done in the olive fields, where the weight of the snow has broken a good number of branches of the oldest olive trees, which will cause their lower production for the next three harvests until the trees recover their usual branches. On the other hand, the vineyard benefits from this snowfall by obtaining a magnificent source of hydration that will guarantee a good development for this next harvest.

Despite these damage, the days after the snowfall the sun came out and the snow was gradually melting. Those who know our history knows that a snowfall like the one we have had this weekend caused great damage that luckily was transformed into an opportunity. Here is a small summary about it that is good to remember today.

In 2001, a snowfall with a subsequent intense frost of several days caused that more than 7,000 olive trees could not resist the cold and died. At that point, our company was specialized in olive oils and instead of replanting the olive trees, we believed that it would be a good option to recover the vineyard cultivation that years ago had been part of this territory. Years later, we can confirm that the snowfall of 2001 completely changed our olive oil company and allowed us to create our Clos Pons wine brand. 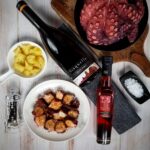 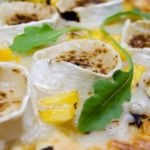 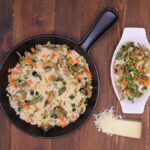