Red wine is rich in resveratrol, a compound with antioxidant properties and a cardioprotective effect

The intelligent consumption of red wine can present potential beneficial effects for health. Red wine is rich in antioxidants, especially in polyphenols, which are bioactive compounds, located naturally in wine, from the grapes used to make the wine.

Polyphenols are of particular importance in the characterisitics and quality of wine, since they determine its colour, its evolution and condition other organoleptic characteristics, such as its aroma and flavour. In addition, they can have a significant impact on health.

One of the most prominent polyphenols in red wine and studied at a nutritional level is resveratrol. This compound fights cancer cells and free radicals by reducing ageing, it has an anti-inflammatory effect and protects the cardiovascular system.

Properties and benefits of resveratrol:

Resveratrol is a polyphenol found in the vine. It appears in virtually the entire plant, but the part that has the most quantity is the skin of the fruit and seeds. For this reason, red wine has a higher proportion of resveratrol than white wine, since in its preparation, the seeds and the skin are also macerated.

The properties attributed to it are:

In addition to the health effects that we have already mentioned concerning the resveratrol content in red wine, the beneficial role of alcohol itself (consumed in moderation) against thrombosis, as an agent that fights against platelet aggregation, along with the similar action that is attributed to resveratrol. In addition, moderate alcohol consumption promotes the increase of HDL, the commonly called “good” cholesterol, which could reduce the risk of coronary heart disease.

Numerous epidemiological studies have shown that the moderate consumption of red wine is beneficial for health, as long as it is part of a varied and balanced diet, as is the Mediterranean diet.

We should remember that the International Classification of Diseases (ICD) establishes as acceptable and non-hazardous consuming a dose of 24 grams per day of alcohol for men and 16 grams per day for women. Excessive consumption is higher than 40 grams per day in men and more than 24 grams per day in women. We should bear in mind that, according to the American Heart Association, alcohol consumption is a matter that should be the subject of discussion between doctors and the patient in particular, without being able to make general recommendations. Do not forget that significant alcohol consumption can lead to very serious problems, such as an increase in blood pressure, arrhythmias and cardiomyopathies.

VOCABULARY: Polyfenols: They are compounds that abound naturally in plant foods. They have antioxidant properties, helping to protect the body’s cells from free radical damage. Polyphenols give their vibrant colours to fruits, berrie and vegetables, in addition to contributing to the bitterness, astringency, flavour, aroma and oxidative stability of food. In plants, they protect against ultraviolet radiation, pathogens, oxidative damage and difficult climatic conditions. 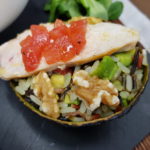 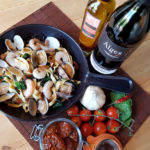 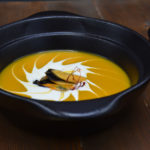 CREAM OF CARROT WITH MUSSELS AND PONS SAFFRON OIL 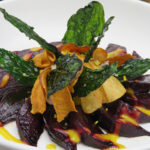 BEETROOT AND FETA WITH VEGETABLE CHIPS 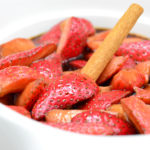